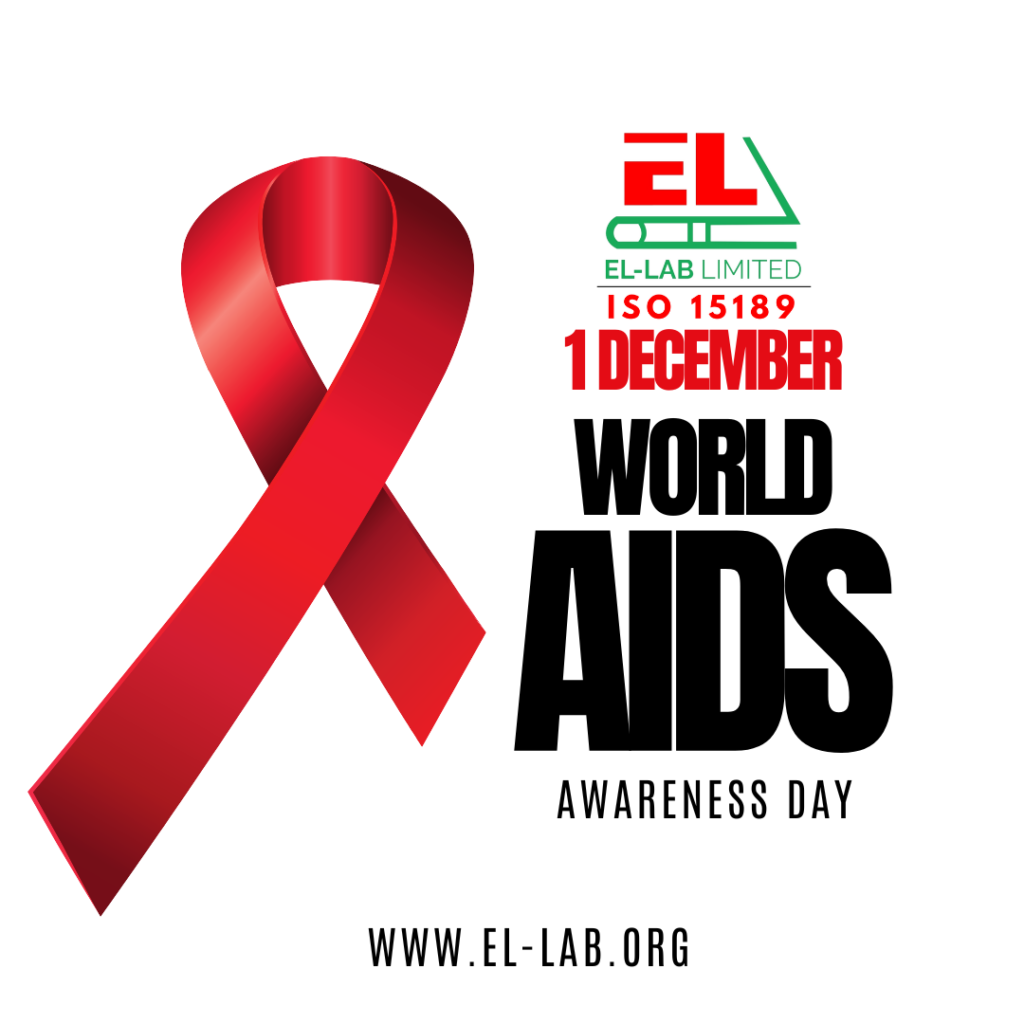 WHAT IS HIV & AIDS?
Human immunodeficiency virus (HIV) is the virus that causes acquired immune deficiency syndrome (AIDS). HIV weakens your immune system by attacking and destroying your T-cells until you are unable to fight off even minor illnesses. You can have HIV without any symptoms. Getting tested and starting treatment early gives you the best chance of living a long, productive and fulfilling life.

What’s the difference between HIV and AIDS?
The difference between HIV and AIDS is that HIV is a virus that weakens your immune system. AIDS is a condition that can happen as a result of an HIV infection when your immune system is severely weakened.
You can’t get AIDS if you aren’t infected with HIV. Thanks to treatment that slows down the effects of the virus, not everyone with HIV progresses to AIDS. But without treatment, almost all people living with HIV will advance to AIDS.

What does HIV do to a person?
HIV infects white blood cells of your immune system called CD4 cells, or helper T cells. It destroys CD4 cells, causing your white blood cell count to drop. This leaves you with an immune system that can’t fight off infections, even those that wouldn’t normally make you sick.
HIV initially makes you feel sick with flu-like symptoms. Then it can hide in your body for a long time without causing noticeable symptoms. During that time, it slowly destroys your T-cells. When your T-cells get very low or you begin to get certain illnesses that people with healthy immune systems don’t get, HIV has progressed to AIDS.
AIDS can cause rapid weight loss, extreme tiredness, mouth or genital ulcers, fevers, night sweats and skin discolorations. Other illnesses and cancers often happen in people living with AIDS and can cause additional symptoms.

How common is HIV?
HIV is quite common though the number of new HIV infections has declined. In Nigeria, there are more than 100,000 cases per year. About 13% of people living with HIV don’t know they have it, which is why routine testing for HIV is important.

What are the symptoms of HIV?
You can have HIV without having any symptoms. This is why it’s important to get tested even if you don’t feel sick.
Sometimes you’ll have flu-like symptoms when you first get infected with HIV. These can include:
• Fever.
• Chills.
• Fatigue.
• Sore throat.
• Muscle aches.
• Night sweats.
• Rash.
• Swollen lymph nodes.
• Mouth sores.

What are the stages of HIV?
HIV has three stages:

WHEN PEOPLE WITH HIV DON’T GET TREATMENT, THEY TYPICALLY PROGRESS THROUGH THREE STAGES. But HIV Treatment HIV can slow or prevent progression of the disease. With advances in HIV treatment, progression to Stage 3 (AIDS) is less common today than in the early years of HIV.

Stage 1: Acute HIV
Some people get flu-like symptoms a month or two after they’ve been infected with HIV. These symptoms often go away within a week to a month. These people have a large amount of HIV in their blood and are very contagious.

Stage 2: Chronic stage/clinical latency
Also called asymptomatic HIV infection. After the acute stage, you can have HIV for many years without feeling sick. It’s important to know that you can still transmit HIV to others even if you feel well and without any symptoms. HIV is active in the body and continues to reproduce. People who take HIV treatment as prescribed may never move into Stage 3 (AIDS). Without HIV treatment, this stage may last a decade or longer, or may progress faster. At the end of this stage, the amount of HIV in the blood (viral load) goes up and the person may move into Stage 3 (AIDS).

Stage 3: AIDS
AIDS is the most severe stage of HIV infection. In this stage, HIV has severely weakened your immune system and opportunistic infections are much more likely to make you sick.
Opportunistic infections are ones that someone with a healthy immune system could typically fight off. When HIV has advanced to AIDS, these illnesses take advantage of your weakened immune system.
You’re more likely to get certain cancers when you have AIDS. These cancers and opportunistic infections together are called AIDS-defining illnesses.
To be diagnosed with AIDS, you must be infected with HIV and have at least one of the following:
• Fewer than 200 CD4 cells per cubic millimeter of blood (200 cells/mm3).
• An AIDS-defining illness.

What are the symptoms of AIDS?
Symptoms of AIDS can be caused by HIV infection, but many are from illnesses that take advantage of your weakened immune system.

How does HIV spread?
You can get HIV through the blood (including unscreened blood), semen, vaginal fluids, breast milk and rectal fluids of an infected person. People of all sexes and sexual orientations can get infected with and spread HIV.
The virus can enter your body through your mouth, anus, penis, vagina or broken skin. It can’t get through your skin unless you have a cut or wound. Pregnant people with HIV can also give it to their babies during pregnancy. The virus can also be passed during childbirth and breastfeeding.

Can you get HIV from kissing?
Since HIV is not spread through spit, kissing is not a common way to get infected. In certain situations where other body fluids are shared, such as if both people have open sores in their mouths or bleeding gums, there is a chance you could get HIV from deep, open-mouthed kissing.
You also don’t get HIV from:
• Touching or hugging someone who has HIV/AIDS.
• Public bathrooms or swimming pools.
• Sharing cups, utensils or telephones with someone who has HIV/AIDS.
• Insect bites.
• Donating blood.

How can I know if I have HIV?
You can’t tell if someone has HIV just by looking at them, and you may not have any symptoms if you’re infected by HIV. The only way to know if you have HIV is to take an HIV test.
Since nearly 1 out of 7 people with HIV don’t know it, the U.S. Centers for Disease Control & Prevention recommends screening people between the ages of 13 to 64 at least once as part of routine healthcare. This test is voluntary and confidential. At El-Lab, we know how important it is that HIV testing services follow the 5Cs – consent, confidentiality, counseling, correct results and connection with treatment and other services.

How is HIV diagnosed?
HIV is diagnosed with either a test of your blood or your spit (saliva). You can take a test at home, in a healthcare provider’s office or at a location that provides testing in your community.
If your test comes back negative, no further testing is required if:
• You haven’t had a possible exposure in the previous three months before testing with any kind of test.
• You haven’t had a possible exposure within the window period for a test done with a blood draw. (Ask your healthcare provider if you are unsure what the window period is for a test you took.)
If you have had a possible exposure within three months of testing, you should consider retesting to confirm the negative result.
If your test comes back positive, the lab may do follow-up tests to confirm the result.

Is there a cure for HIV?
There is currently no cure for HIV, but there are many treatment options that can slow the progression of HIV significantly.

How is HIV treated?
HIV is treated with a combination of medicines (pills) taken by mouth every day. This combination of pills is called antiretroviral therapy (ART).
Taking a combination of types of pills, rather than just one, is the most effective way to keep HIV from multiplying and destroying your cells. There are also combination pills that have several medications in a single pill. Your healthcare provider will carefully select a combination specifically for you.
The goal of ART is to reduce HIV in the blood (viral load) to an amount that’s not detectable by an HIV test and to slow HIV’s weakening of your immune system.

How can I take care of myself while living with HIV?
It’s very important to take your medications as prescribed and to make sure you don’t miss appointments. This is called treatment adherence.
If you miss medications, even by accident, HIV can change how it infects your cells (mutate), potentially causing your medications to stop working. If your schedule prevents you from taking medications on time or making it to appointments, talk to your healthcare provider.

How can I reduce my risk of getting HIV?
The best way to reduce your risk of HIV is to be aware of how it spreads and protect yourself during certain activities. Having sex without a condom and sharing needles to take drugs are the most common ways that HIV spreads.

Does HIV go away?
Once you have HIV, it remains for life. HIV doesn’t go away on its own. It inserts itself into your DNA so your cells think that it’s a part of you. There can be many years without symptoms after initial infection, but HIV can still be damaging your immune system even if you don’t feel sick.
There may be periods while on medication where the virus is not detectable by an HIV test. In these cases, HIV can be hiding in your body, undetected. It can “wake up” and start destroying your cells again in the future.
This is why continuing to take HIV medication, even if you don’t feel sick or the virus is undetectable, is extremely important. Without treatment, HIV will weaken your immune system until you can’t fight off other serious illnesses.

How do I take care of myself with HIV?
The best way to take care of yourself while living with HIV is to follow your treatment plan.
• Make sure to take your medications as prescribed and on time.
• Show up to all appointments so your healthcare team can monitor how you’re feeling and know if there’s a need to adjust your treatment.
• Follow your healthcare provider’s recommendations on how to avoid additional illnesses.

If I have HIV, how can I keep from spreading it to others?
The best ways to keep from spreading HIV to others are many of the same ways you use to protect yourself:
• Let sexual partners and anyone you inject drugs with know that you have HIV.
• Follow your treatment plan and don’t miss medications. If you have an undetectable viral load, you greatly reduce the risk of transmitting HIV through sex.
• Talk to your sexual partner about taking PrEP.
• Wear condoms for vaginal, anal and oral sex — even if you have an undetectable viral load.
• Don’t share needles or other equipment to inject drugs.
• Limit the number of sexual partners you have.
• If you’re pregnant and have HIV, following your treatment plan, including ART medications, can reduce your risk of transmitting the virus to your child.

Anyone can get HIV if they’re exposed to the virus.

Many people are unaware that they have HIV, especially in its early stages when symptoms may not be present

1 out of 7 people living with HIV don’t know it.

The only way to know your HIV status is to get tested.

Knowing your status gives you powerful information to keep you and your partner healthy.

Ask us about HIV tests and other additional tests for people living with HIV.